Subspace Network Reports
Katriel October 1, 2013, 12:00am #1
The psychology department has completed and released the results of their quarterly morale survey and review.

Incidents that Task Force members most frequently referred to during the survey were: 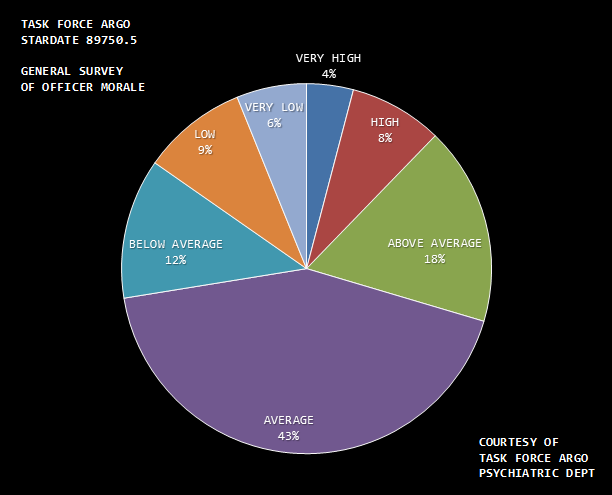 Previously quarterly surveys can be found here and here.