Arrived on New Romulus and beamed down to staging grounds to seek our contact, Khoal. We were immediately contacted by Doctor T'Vess, Khoal's medical caretaker, and redirected to the makeshift medical facilities.

Khoal informed us that he would be too ill to guide us himself, and spoke of an officer Vaebn, who had offered to act in Khoal's stead. He transmitted the coordinates of Khoal's original readings.

While a medical group stayed behind to attend Khoal, myself and Centurion t'Veras took our teams up to the coordinates and started sensor sweeps. We picked up high concentrations of tachyon particles, emitting in patterns that might indicate a cloaked object of some sort.

We were able to determine that the cloak was being powered by a power source south of the peaks, so my team departed to investigate and dismantle it. Encountered a few hostile patrols on the way, but nothing posing a true threat, considering the experience of the security detail with me.

With the power source disabled, the cloaked was disabled to reveal a walled entrance with an encryption key. We rendezvoused with the security team at the wall and bypassed the encryption without too much trouble. Centurion t'Veras's team took point and entered, but just as the last of them went through, the door slammed shut again and prevented my team from entering. The encryption key no longer worked.

After hearing Centurion t'Veras's assurances that they would manage without us, I was contacted by Ensign Kermit of the medical team. It was their determination that Khoal had been poisoned, so he transmitted data on native biological samples that the medical team required to synthesize an antidote. Moved down towards Atlai to collect samples along the riverbank, during which we were contacted by Centurion t'Veras again, who informed us that they had made it safely out.

Though many of the officers expressed severe grievances at having being set up by Vaebn, on Centurion t'Veras's advice, I am unsure if it is wise to pursue the matter ourselves without further express agreement by the local authorities. Deferring to Command's judgement. 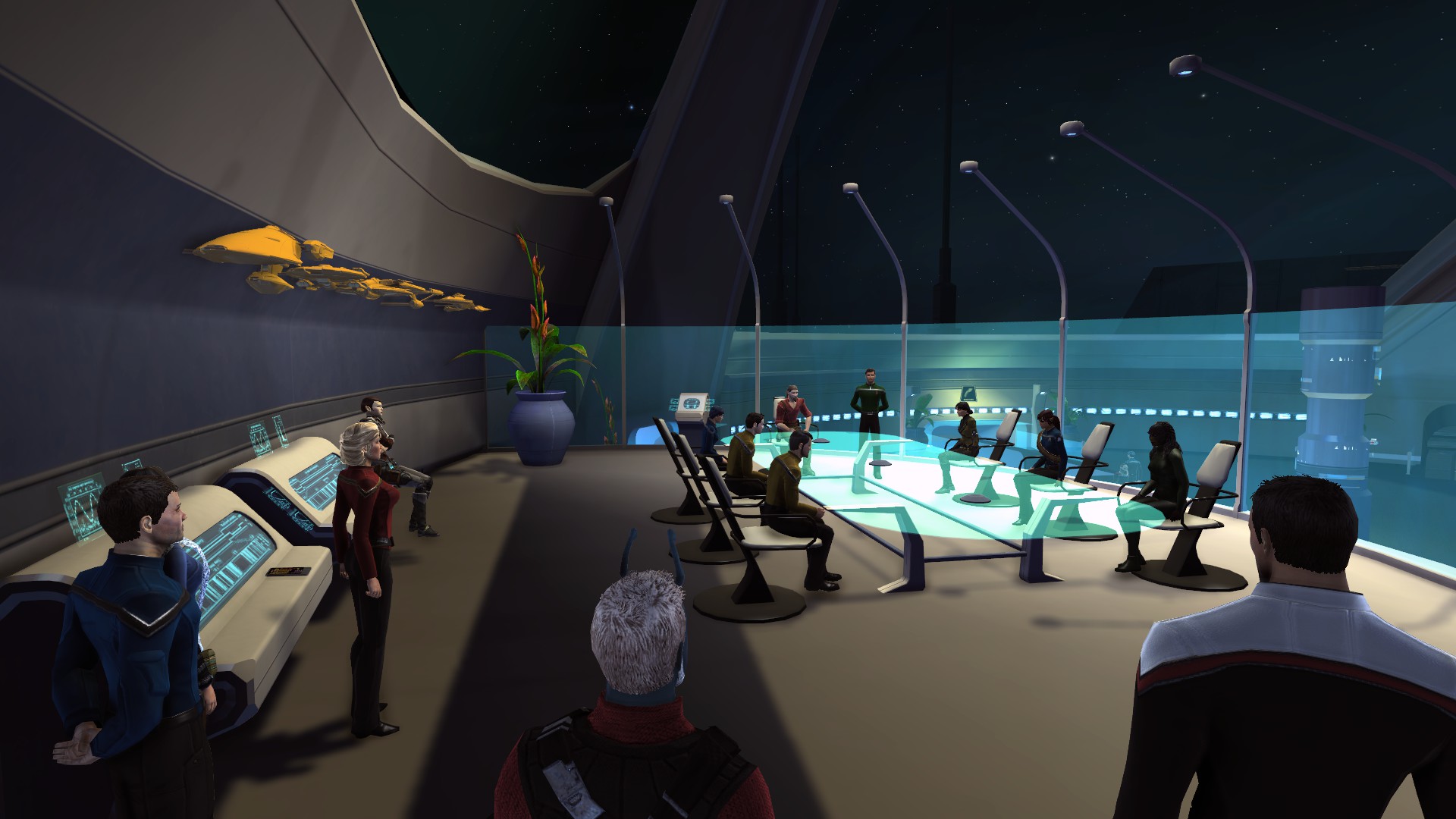