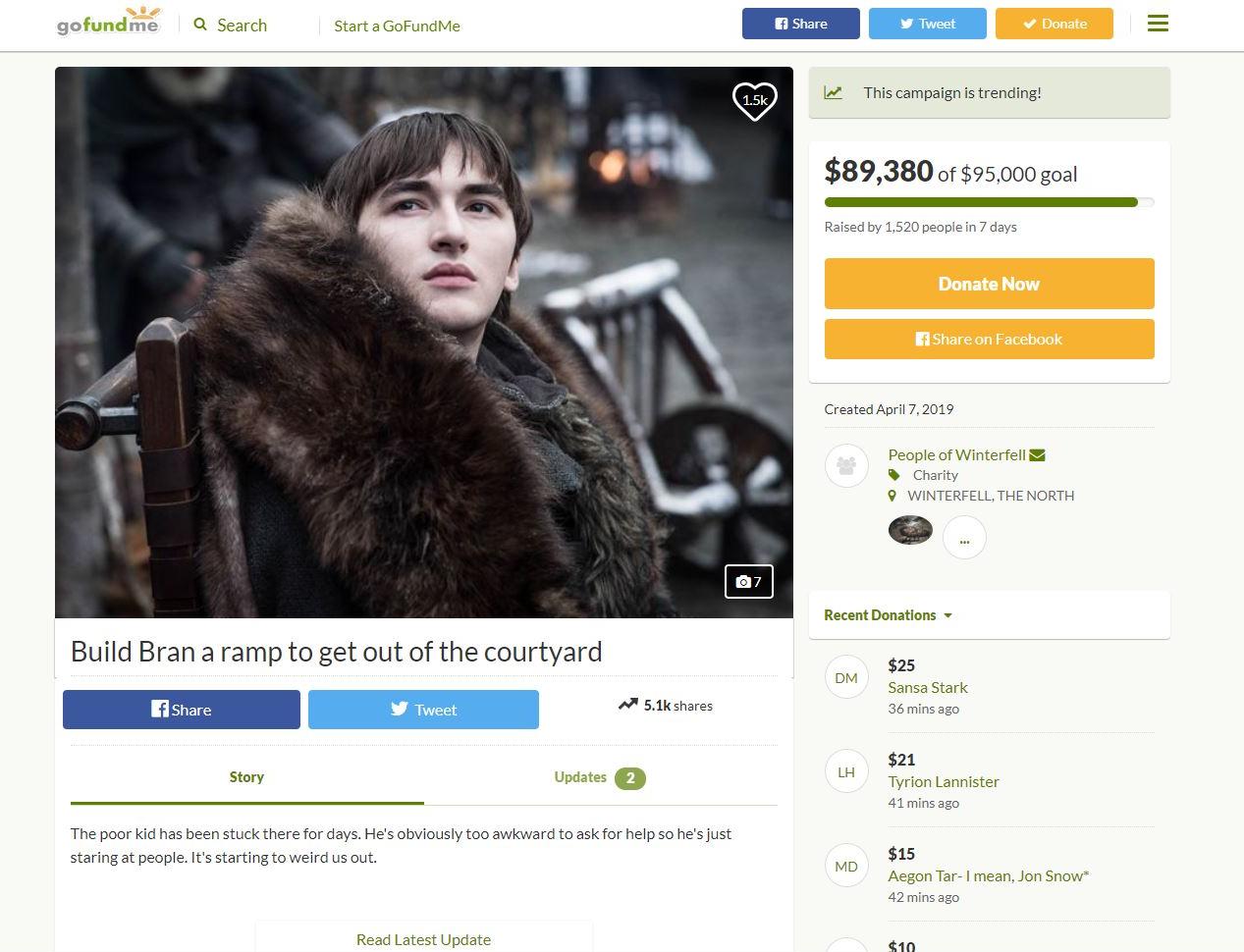 This prediction video was pretty off too...
Dactylus_ May 21, 2019, 12:00am #11
It didn't really come out of thin air, there was a build up, albeit a small one. Same with Dany's fall from grace into madness. Overall, this season was amazing except for two tiny little but yet important details. THE LENGTH! All they (HBO) should've done is kicked D&D to the curb, and got some other writers to lead it. HBO wanted a longer, season (if not more) and so did GRRM. D&D said it only needed six episodes to tie it all up. And..well those that've watched it saw what we got.
And secondly, the writing, most importantly linked in with the length. Dragging the story out, not too much mind, but enough to really show Dany's change in personality. To show the 'great war' To end 'the last war' all the small little character convo scenes which sometimes seem so useless, but are some of the most important events in the story. Or just generally amazing acting from people.

It sounds somewhat awful to say about a couple of careers, but I hope this really comes back to bite D&D in the rear when it comes to star wars (which is totally the reason they wanted to end GoT quickly). After this kerfuffle of a season. That mouse will be watching very, very closely. You do not mess with the mouse when it comes to protecting their IP's.

I also hope that people do realise what a gem everything else of this season was, the actors did what they could with the material they were given. Emilia and Peter most surely, they have some of the most intense scenes in my opinion, and they really gave it their all.
The cinematography was as on point (if not better) as always, the effects were pretty darn top notch. The music perfect. It really is a massive shame such a beloved series has had such a disaster of an ending.

Onto the story of the ending itself...I actually don't mind it at all, I expected Dany to be killed, Bran becoming king didn't seem toooo out of the way to me. And it was clear Jon REALLY didn't want it. It's just /not/ him. The other characters doing what they do again, I don't mind it, I just wish we got MORE, a real epilogue than, heres a whole new story thread, here's a whole new story thread, aaand whatcha know. Have another story thread.
LordShadow023_ May 22, 2019, 12:00am #12
I must say I'm sincerely disappointed with this season. I was expecting not more, because with six episodes you can do only certain things and of course you must compress all the necessary to arrive to the end without much space. I'm disappointed because, as usual, things happened only because of the plot and of the dramatic effect.
The death of the second dragon? Totally futile. Why it is not flying a bit higher? Why Euron has a great aim just in that case?
The Night King? The great menace eliminated in one, single, episode.
Jaime? All of its evolution destroyed. I understand what he did for love, for his sister and his family, but after seven seasons of character evolution you cannot just erase everything and send him to the starting point. The same for Tyrion. He should have been the genius and he simply cannot understand Daenerys because ... he fell in love? Really?

And these are just some of the point that made me to don't like the season. There were cool scenes, some of the characters give me beautiful moments and I like how them evolved. Arya and Snow got their freedom, Sansa is the usual little b*tch (I didn't understand why the North should not bend to ... a Stark. Bran is a Stark like her, after all).

In any case, it ended. It ended and I'm happy about that. GoT was part of the last years routine but I'm happy to know these were the last episodes. We got a conclusion, which is rare and they tried (I hope they tried) their best to conclude all the lines. A conclusion is always appreciate.
Sam June 7, 2019, 12:00am #13
I'm Night Kinging this thread; I've only just had time to binge the last season and I wanted to give my two pennies:

For the most part, I agree with Dact; this season could have been much better done with more time/episodes. If the first two or three episodes had been tacked on to the end of the last season, it would have made for a better cliff hanger (imagine the characters all lined up and looking across the snow to see the white walkers appear, and then cut to black and having to wait a year to know the ending). Then they could have spent more time on the Battle of Winterfell and the Night King resolution, as well as interspaced the battle with the other character arcs, especially at King's Landing.

The plot execution wasn't flawless, but at the end, I sat back and felt satisfied that all the story arcs had come to an end. Oh, and yes, the acting from all was top class.