U.S.S Mabel may refer to:

The U.S.S. Mabel NCC-2721 was an early variation of the Loknar Class Heavy Cruiser
which was commanded by Captain Forkner in the year 2179. During it's time it was engaged in combat
only two times, it was recalled into Starbase 57 for a refit in 2211, given a new name and additional
hull upgrades, weapons and shields as the U.S.S. Elijah, though it still maintained it's NCC number.

Captain Forkner retired from it's command in 2210 and the U.S.S. Elijah was given a new Commanding Officer
under the name of Captain Isaiah.

U.S.S. Mabel NCC-90616-A was commissioned with the sole intention of fighting the Klingon Defense Force,
Assigned to the Fleet, Task Force Argo, it was engaged in numerous battles along the Eta Eridani Sector Block' neutral zone.

Particularly near the conflicts near the Donatu system, it was designed for offensive capabilities, having
more weapons installed, though sacrificing defensive and scientific capabilities far beyond that of most Defiant Class
warships. Matching the weapons output of a Galaxy Class Cruiser, it was most statisticly known by it's reports
to flank large Klingon Dreadnoughts for quick and effective damage.

The Mabel was also lacking in the usual Medical Facilities, but it had an adequate staff due to a small crew
of 50 Starfleet Officers, each of whom were specifically chosen to have the most efficient record concerning combat,
weapons and strategic techniques, as well as technical engineering expertise.

The U.S.S. Mabel NCC-90616-A was unfortunately destroyed in a skirmish with Strike Force Kargas in the Neutral
Zone(unspecified coordinates), in which they engaged a small group of Klingon War vessels.

Further information on the happenings of this skirmish are classified to senior members of Task Force Argo.

Captain Areyis Darnis Fulagsu lived through the destruction of his vessel despite being impaled by a piece of metal,
his survival was credited to Captain Hassiri who performed the necessary surgery for his survival. 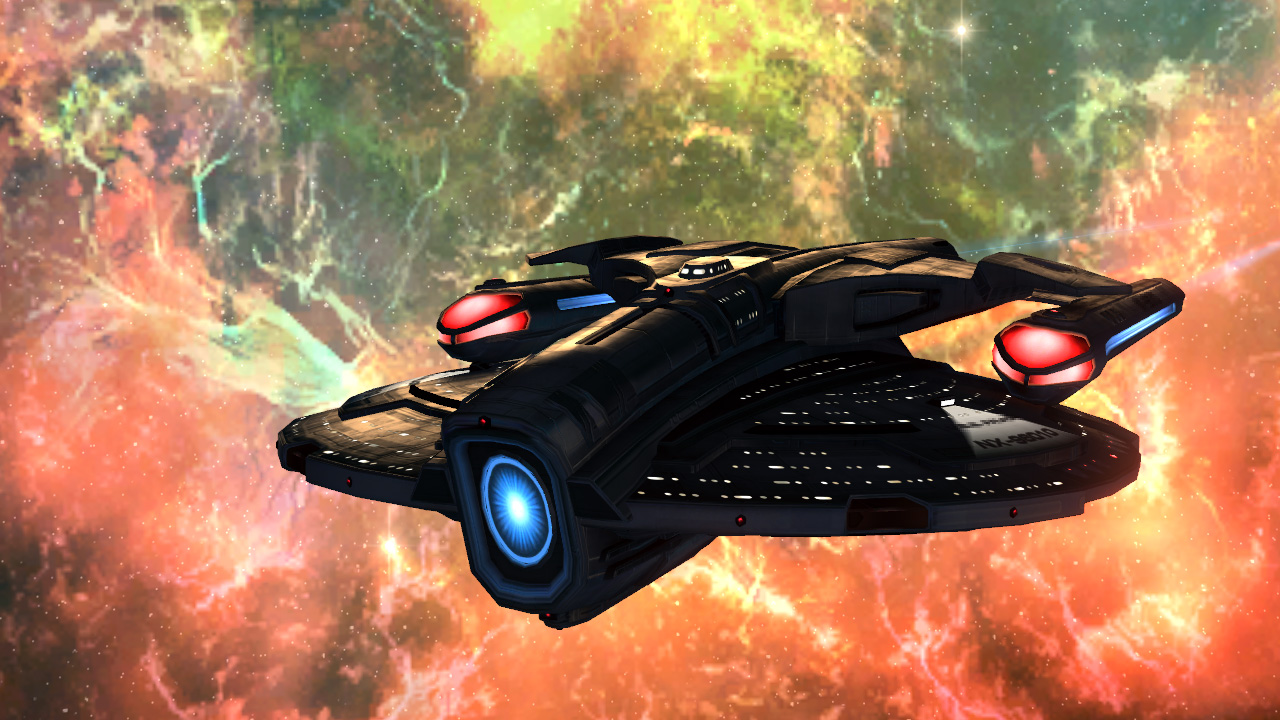 The U.S.S. Mabel NCC-93016-B, Dervish Class was commissioned to the Commanding Officer of the
U.S.S. Mabel NCC-90616-A, Captain Areyis Darnis Fulagsu several months after the event of it's destruction.

The Mabel was likewise assigned to serve in Task Force Argo and was soon involved in several
battles concerning the Donatu Sector, as well as a counterattack against Strike Force Kargas

The Mabel was later given several different assignments while working within Task Force Argo,
eventually being reassigned to the Hromi Sector battelines at all times. Until being recalled to
assist Task Force Argo after a devestating strike from Strike Force Kargas.

The U.S.S. Mabel is currently assigned to patrol Outpost Argo until further notice.