I was invited to go to Gamescom this weekend (Thurs-Sunday). I was just wondering if you guys had any questions or anything you want from the floor that I could bring you guys back.

Dae
wrote:
For STO or any game in general?
Any game you'll want really, Shan.

1 - When will "emote" be a chat channel we can modify again?
2 - Whats coming next for the Foundry?
3 - Can we get a Foundry Gate in the Fleet Starbase? ANYWHERE in the fleet starbase

If you run into Bioware, anything they got on Mass Effect 4 would be awesome... unless its Chris Hudson. Then just punch him in the face and say "Commander Shepard says hi!" Okay, okay. Just kidding.... sorta.

TESO - What a piece of shit. If you ever see anything as generic in your lifetime - It'll be TESO. I tried it for 20 minutes and it felt like Skyrim with someone next to me. Communicating was hard, none read anything - The screen was cluttered and overall very f*cking annoying to try and navigate. The combat was buggy, as I tried firing a bow I managed to shoot off 3 arrows in less than a second, It was more an assault rifle.
I wasnt allowed to take any pictures inside the TES:o booth, but here's one with people swarming around it: 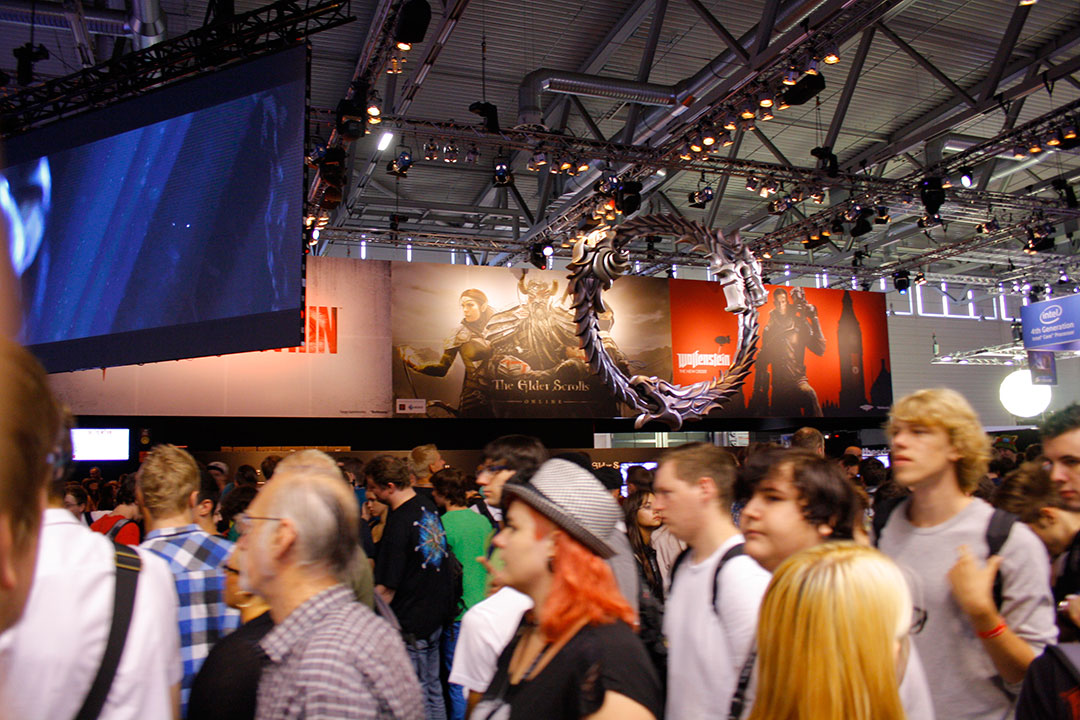 Wildstar! Man did I have a great time there, the devs were amazingly nice, where I got to speak to the actual Art Director about the style they chose. The game itself was super fluid, it was so much fun running around evoiding hits and just over all goofing around in it. Im normally not a big fan of the cartoony style, but i guess it works. 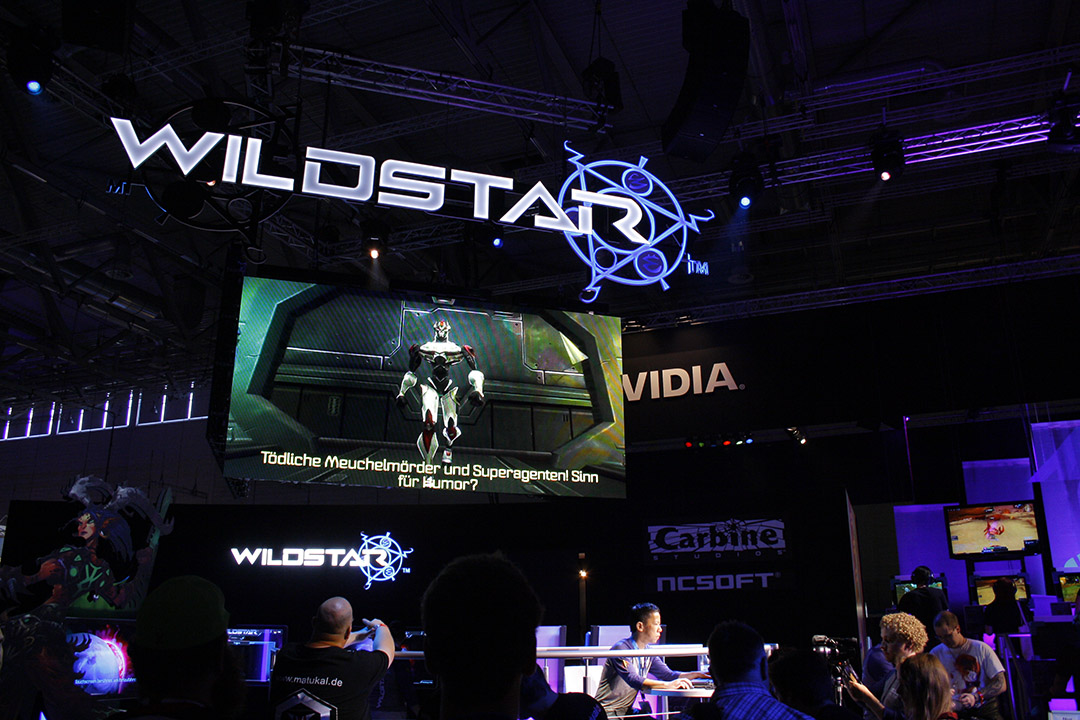 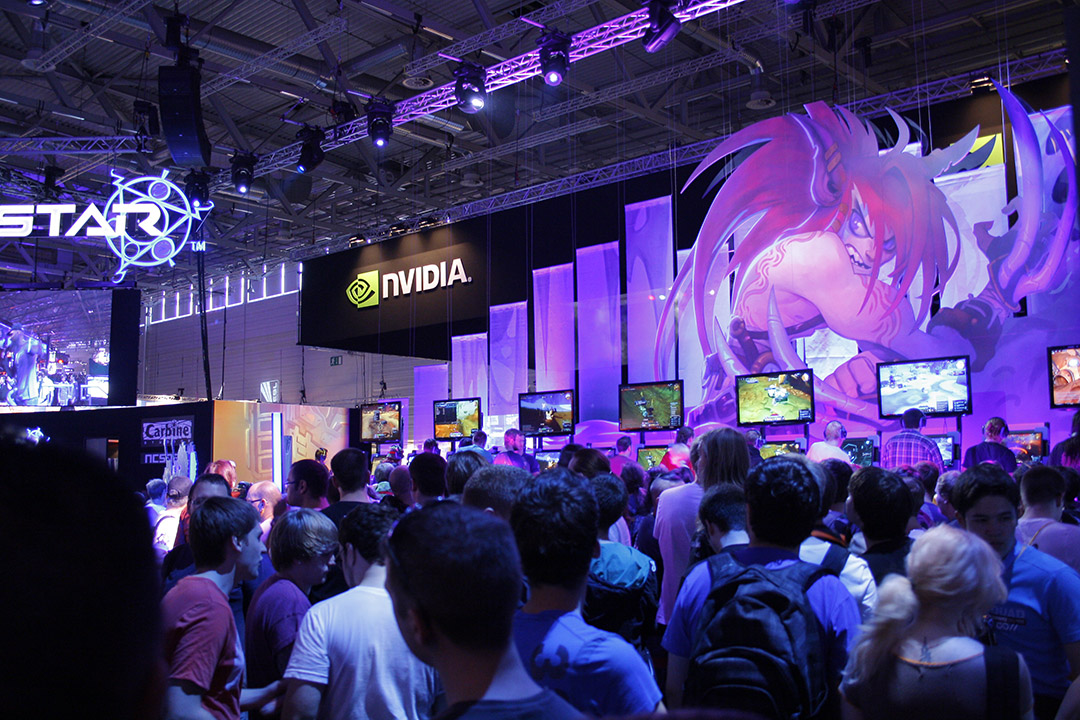 Occulus Rift was there, it was amazing - I got my head chopped off.
Sorry for the shitty quality. 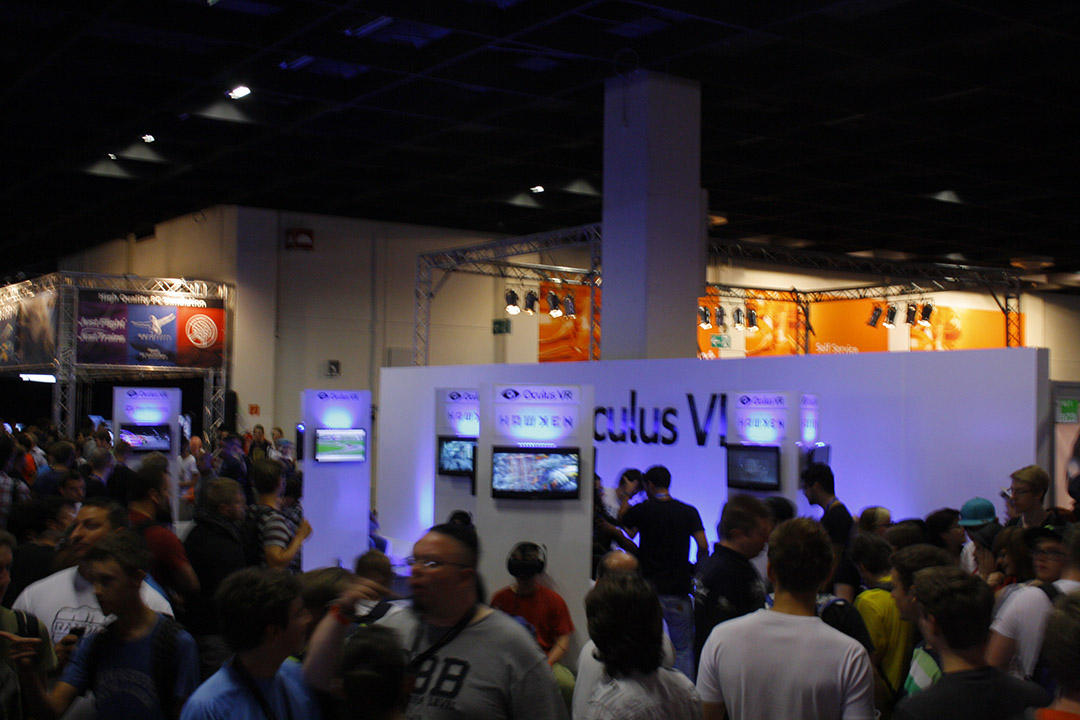 Kell Tanis
wrote:
Ooo...Rome TW 2...forgot about that one...MUST KNOW MORE!!
I passed it a couple of times, it was right next to the Saints Row Booth. It didnt look to interesting, but then again, I didnt have time to play it.


Cryptic didnt have a presence this year as far as I know, but there were some ST-Merch you could buy. Like: