As you know, on our last patrol the Fearless came across the SS Sirius. As you also know from my last report we impounded her for smuggling. Since I've been put off normal duties myself and my security staff have had time to investigate the computers on Sirius. As I reported during our meeting last week there are indeed several ships involved and atleast two stations. We have been able to gather several sensor log images of the ships that we know are in contact with the Sirius on a regular basis. Below are the attached images with a brief description. 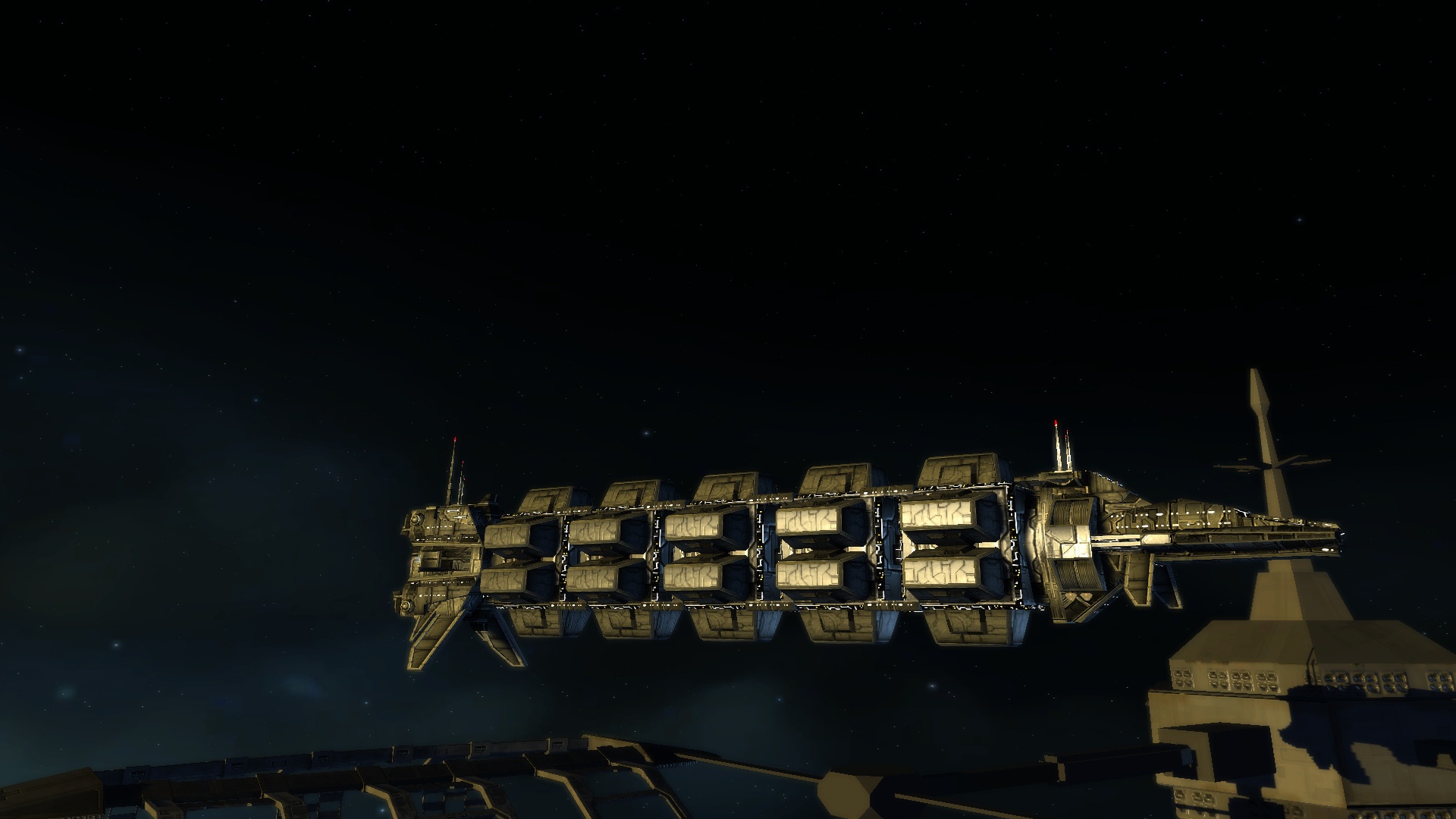 Image of the SS Tungsten from the SS Sirius sensor logs. Behind is a possible station in use by the smugglers, location is suspected to be near Annatar. 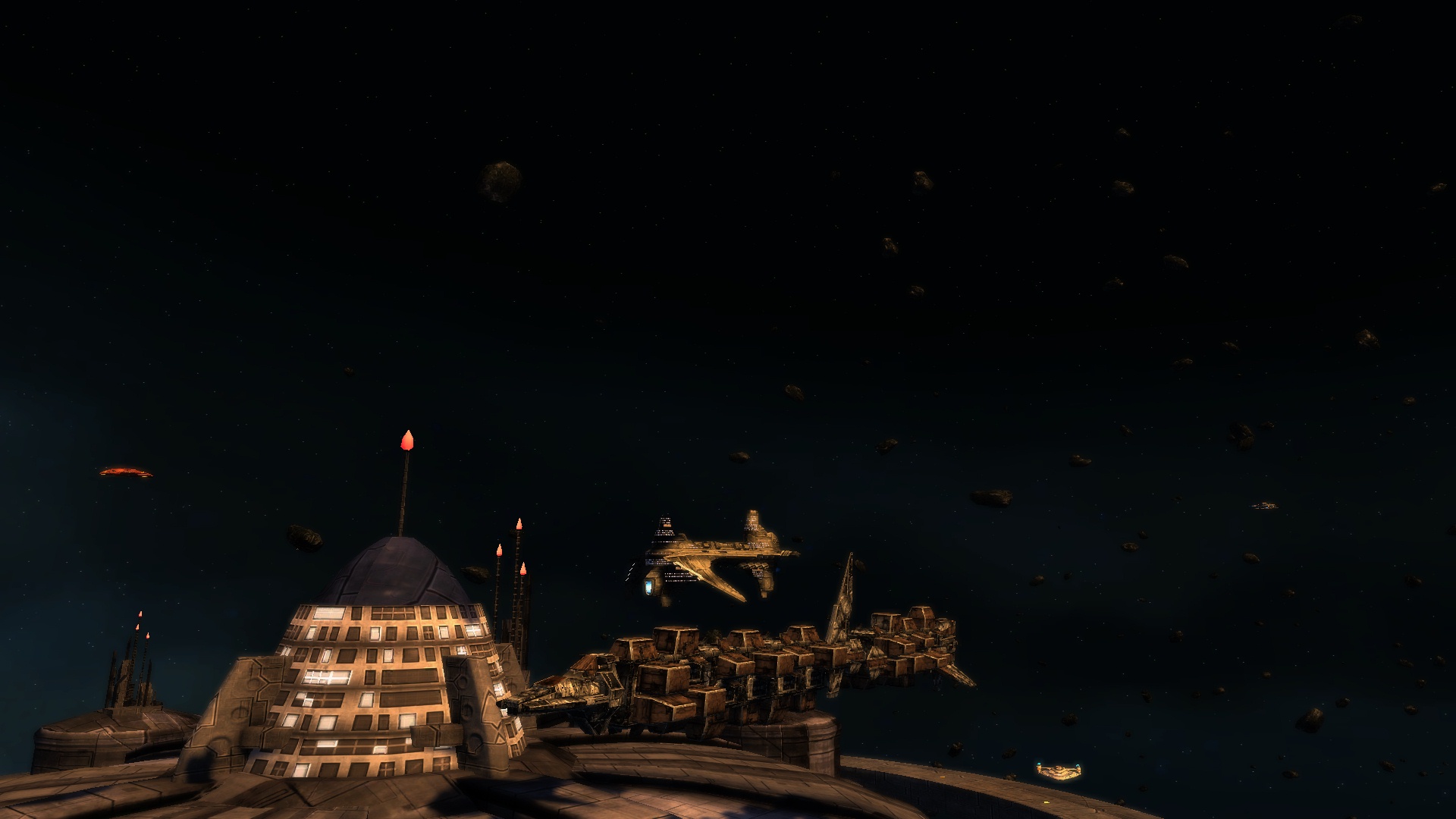 Image of the SS New Market and SS Iron Bird taken by the USS Moon while on patrol at Drozana Station. 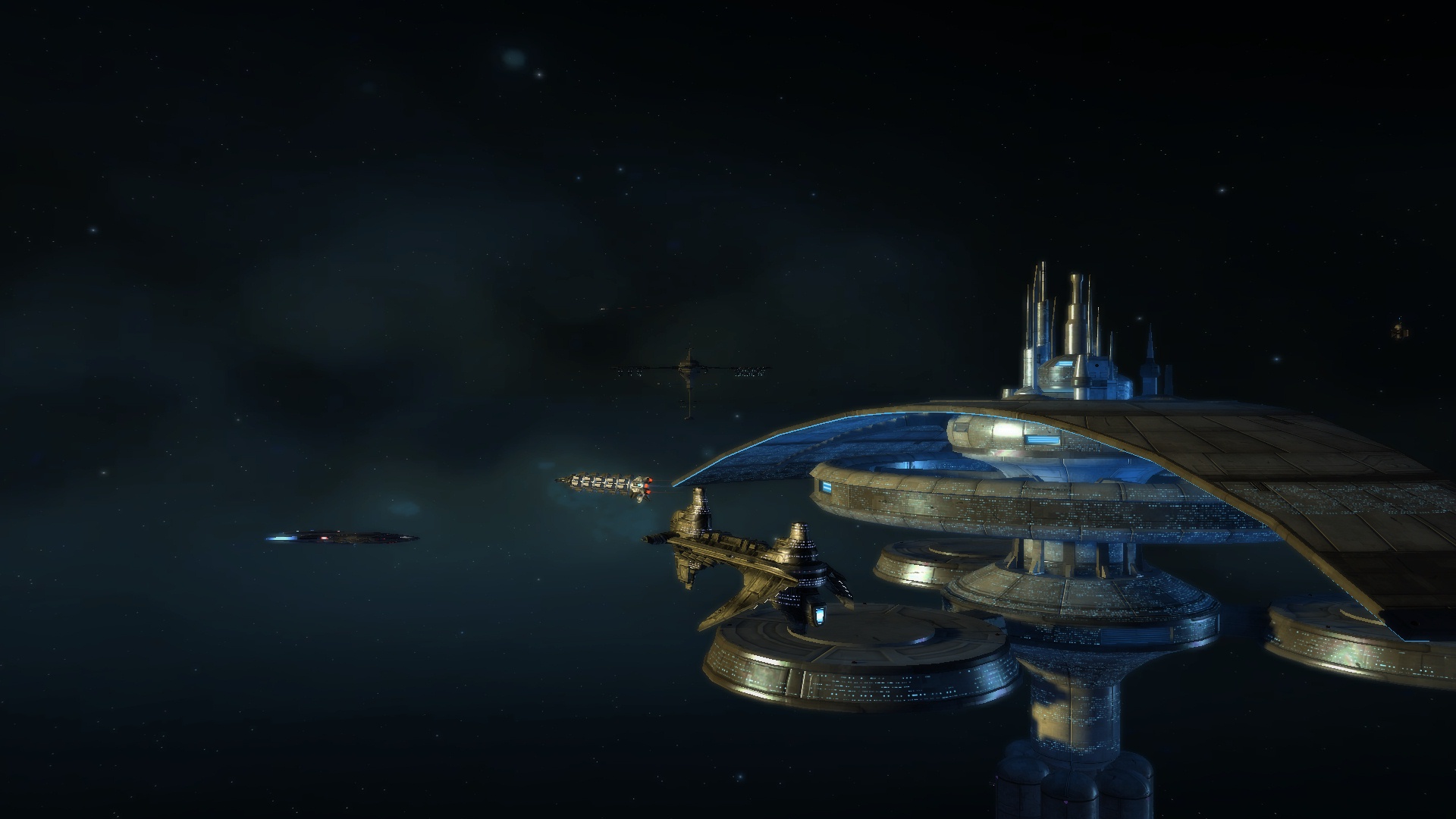 Image of the SS Kilns Treasure take by shuttle craft Reserve during security patrol at DS-13. Kilns Treasure is a semi-regular visitor to DS13, suggest she be the first ship we go after. 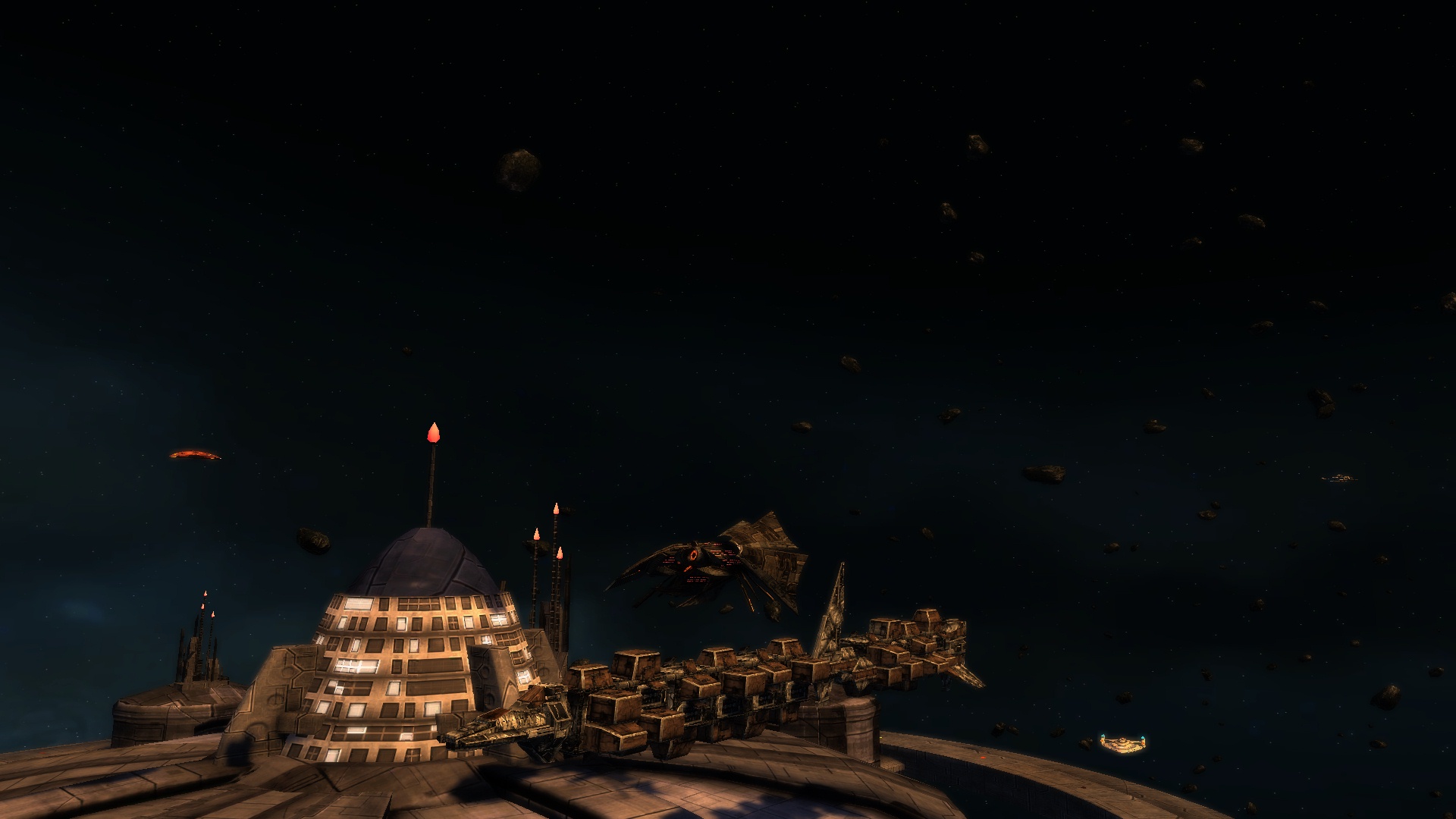 Image from USS Moon again of the SS New Market and unknown escort, also in the back ground a Ferengi trade vessel is noted to have been in contact with the New Market. The unknown ship is recognized as an old Fek'ihr K'Norr escort thats possibly been salvaged from Klingon space.
According to the Sirius's logs the one station that we have a concrete location for is in the Betreka Nebula, and we have identified it as an old Klingon outpost thats been abandoned for some twenty years or so, interestingly it has rather large depot attached which we figure is why they have taken it over. From what we have been able to dig out of the computer these guys are into everything, drug trafficking, smuggling of weapons, banned animal pelts, banned food and drinks, and just about anything else you can think of. Slave trafficking is the biggest one on the list. Anything on this list is more than a cause for a raid and as such I've gotten the necessary warrants for the impoundment of any of the ships listed and of course permission for any action taken towards the two bases that we know about.

One other piece of news is that we have an image of the possible leader of this out fit. We have an image from Drozana of him at a vendor, his name from what we have been able to gather is Nerrot Nim, a Lethean. 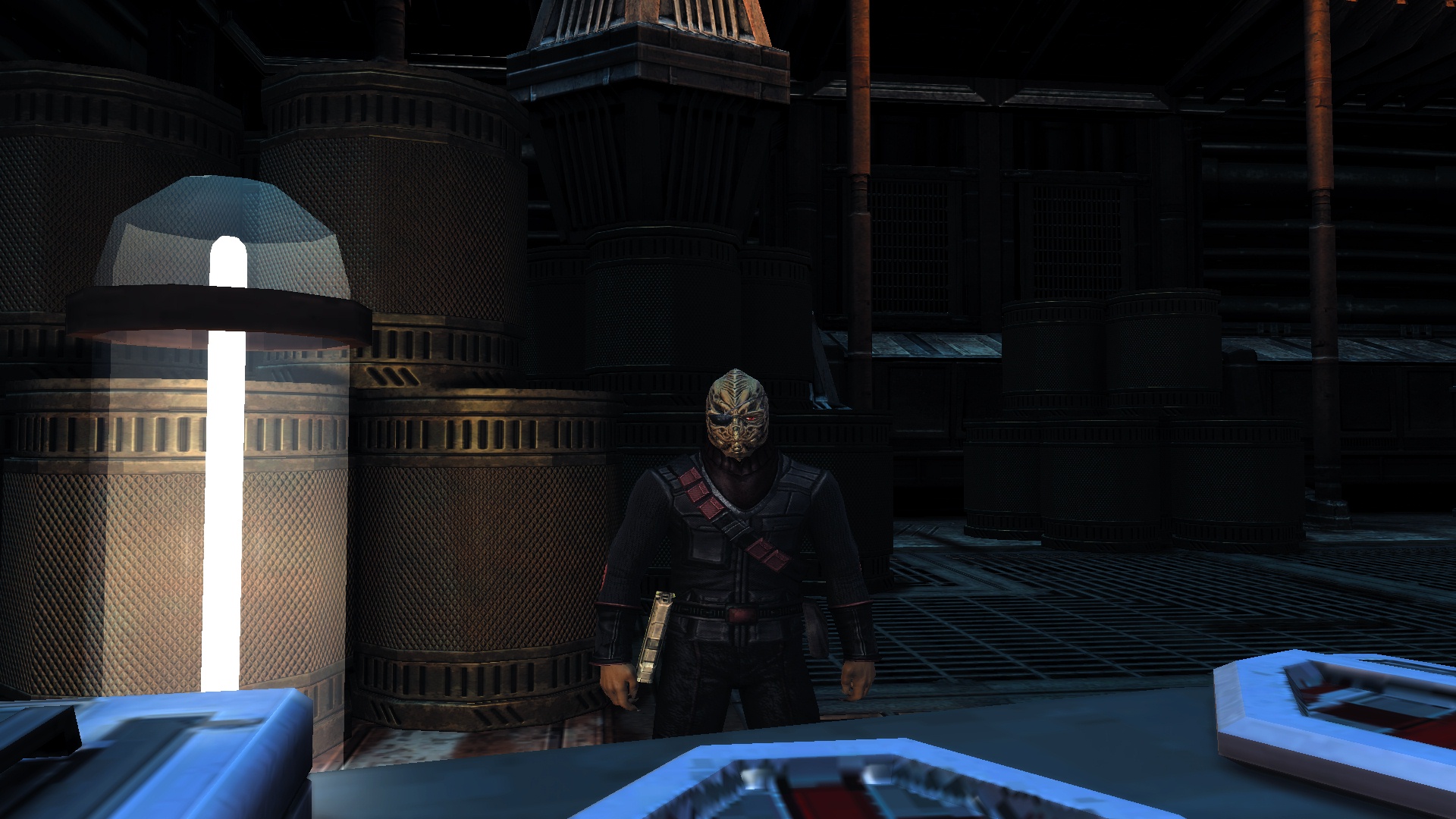 Nerrot Nim according to records is wanted for murder, theft, slave trading. This list is sure to grow as we learn more of his operations. Apparently the Fek'ihr K'Norr escort is his personal ship. As I'm suspended I haven't come up with a plan of action as I cant take it even if I did, therefore I'm turning this information over for your perveiw and directions.

Thank you for sharing this information. We will review your findings and take appropriate actions where necessary.