The Thrres are the inhabitants of Hydrae II, located in the 6750 Hydrae system. Hydrae II is called Eho by the Thrres.

The Thrres are a slender, humanoid, reptilian race. Instead of hair, they are covered in feathers, which differs from person to person. Females have more feathers than males; feathers are seen as a sign of fertility and beauty.

Spoiler: Thrres (note that they have feathers instead of the spines shown in the image, and stand straighter.)Show 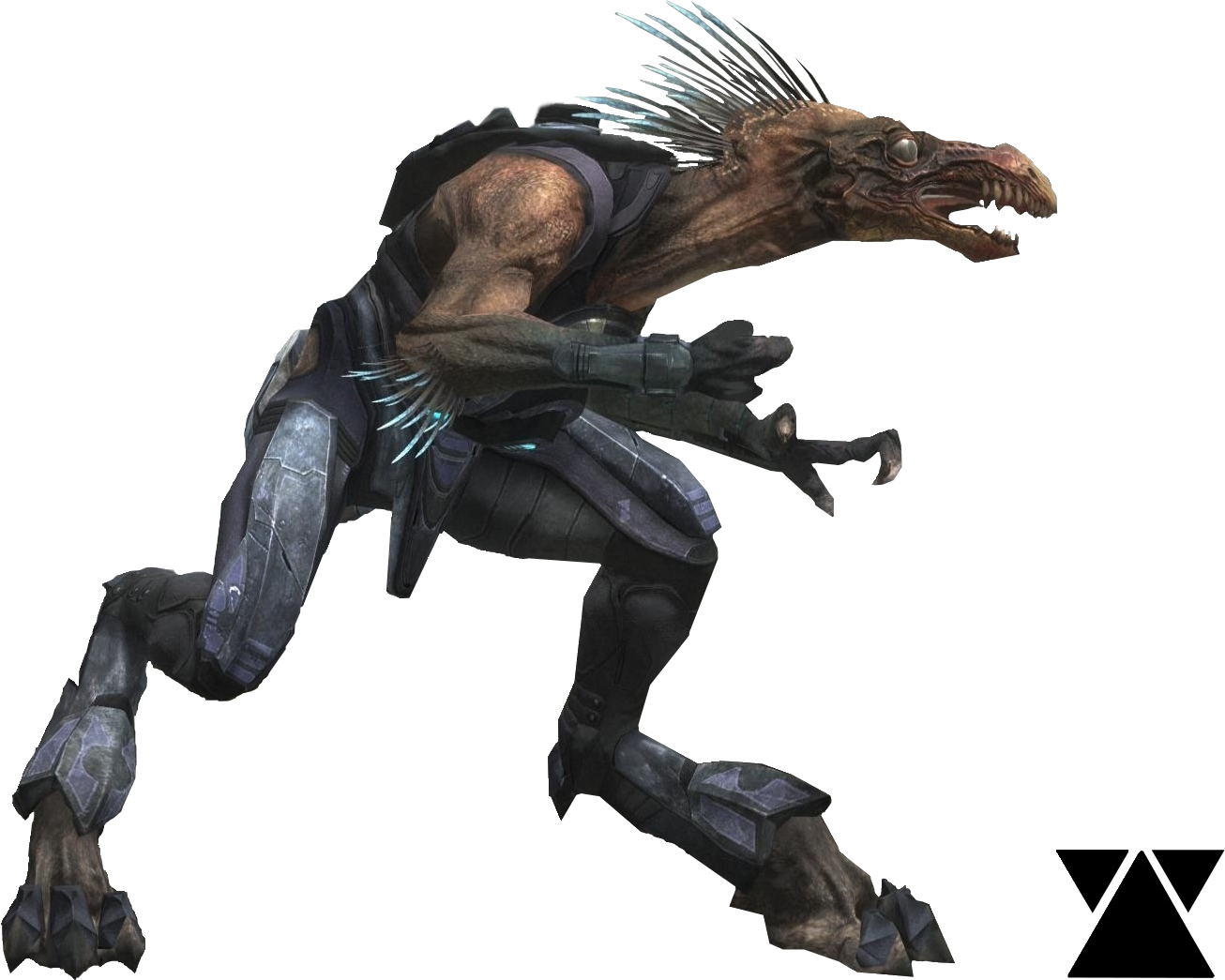 Reproduction happens through internal sexual intercourse. After conception, the eggs develop in the mother for five months before they are laid. These will stay dormant for one to two months before they hatch. In Thrres culture, the last hatchling is the most valued, since they have had more time to mature and develop. They tend to be stronger and more agile than the rest. Hatchlings are born asexual and featherless; it is only during puberty at the age of twenty do they develop sexual organs and feathers. Hatchlings become adults during the "Burning of the Feathers" ceremony, where they burn the first growth of feathers and announce their now developed gender to the community.

Thrres females produce eggs their entire life, whilst Thrres males eventually reach impotence at old age. Once this occurs, the Thrres moves to the Elder Circle, which is the leadership of the clan. Reaching this stage is very rare, as Thrres males often die before impotence happens.

Thrres are weaker than humans, though they are quicker and more agile. They have a wider spectrum of hearing and sight, and are able to see in the dark clearly. This is a defence mechanism that has evolved to protect the Thrres in the night; Thrres are cold blooded and must spend half an hour in the morning warming their blood. In the night, Thrres movement is slower and sluggish, and they tire quickly. This morning ritual is called "The Warming", a word that has been taken to mean "day" in modern culture.

Thrres names are given in the following format: [given name], [hatching position] of [clan name].

Eho is a world where mammalian life never evolved. The Thrres are the dominant species but have little presence in the sea, where they fear the massive orcls that prowl the depths. On land, the Thrres have tamed the fearsome amogs, reptilian predators that the ancient Thrres used as beasts of war. Now, tamer breeds of amogs can be found throughout Thrresian cities where they are kept as docile pets and occasionally, guard animals. Heloi was known for being a land of warriors and at different points in their history, gave rise to warring states, renowned mercenary groups, and the infamous fascist Heloi Supremacy. Duloi is a larger continent to the west of Heloi and Alosha and it is connected to Heloi by a narrow strip of land known as the Conqueror’s Crossing. It is named so because Heloi’s powers lead numerous campaigns against the Duloi and eventually colonized the entire continent. Today, Duloi’s culture is a mixture of Heloi and Alosha customs. The sources on their original culture(s) is heavily biased: the Alosha described them as uncivilized barbarians while the Heloi admired their ferocity in combat but believed them to be undisciplined. However, archaeology suggests that ancient Duloi was as advanced and socially sophisticated as Heloi or Alosha of that time.

Alosha, the central continent, is the heart of trade on Eho and its people are thought of as excellent businessmen and negotiators. Alosha is the location of Oen, the capital of the Aurigorreft. Planrys was the homeland of Adjr, and it was also where gunpowder and nuclear energy was discovered, though both were refined into weaponry by the Aloshans, whose location ensured that all key ideas passed through them. Nonetheless, this has earned Planrys the reputation of being the land of intellectuals.

Yhise is the most remote continent and the Yhise people only came into contact with the rest of Eho when it was discovered by Aloshan explorers. As a result, it possesses the most distinctive culture, but also remains the most politically isolated to this day. Despite the vast differences in art, architecture, language and religion, the Yhise people’s core values were very similar to those developed by the other civilizations of Eho, and it was the discovery of Yhise that was seen as irrefutable proof for Adjr’s ideology. This resulted in the solidification of the Eith Edicts.

Each individual nation carried their own flag, as shown below:
Spoiler: FlagsShow
Spoiler: HeloiShow After millennia of fluctuating political relations between the various nation-states, Eho was finally united by the development not of a warp drive, but of the Oisrt Array, a satellite complex meant for scanning space. One month after its completion, the Oisrt Array received a general warning broadcast sent to Federation colonies following the Battle of Wolf 359. The Thrres’ first knowledge of extraterrestrial life came in the form of information on the Borg, and thinking that this cybernetic enemy was inbound, they united to form the Aurigorreft. 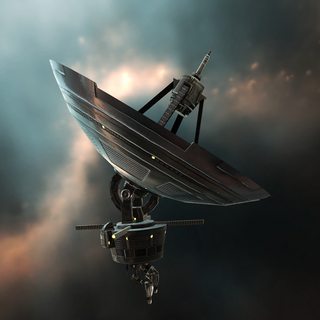 Within a decade, the Thrres were constructing warp-capable ships, but they never left their system more than several times for test flights. Instead, they built massive arks to escape their home should the Borg overwhelm them. Their weapons research and technology spiked even faster though they did not advance far with energy weapons, focusing on projectiles which the Borg could not adapt to as easily.

By 2400, the surface of Eho was dotted with various orbital defence weapons. Two superweapons were fully constructed with one more under construction and several others in planning stages. One of them is the Jid Sling, a facility built within the mid-system asteroid belt. The Sling uses tractor beams and tow ships to retrieve asteroids from the belt, which it then releases at extremely high velocities. These weaponized asteroids possess a devastating amount of kinetic energy that the Thrres believe the Borg will be unable to adapt against. 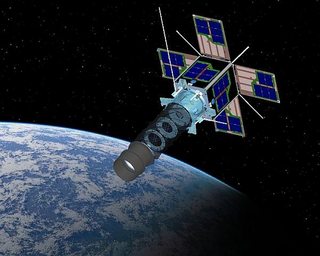 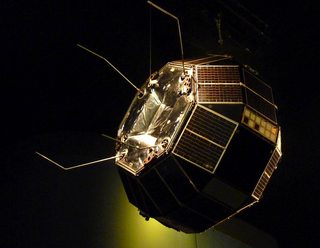 By 2417, Thrres technology is a mix. Social and household technology is akin to 1940s Earth, whilst internet, TV, and Radio are prevalent. Vehicles are powered by fusion technology, enabling quick travel, though people prefer to use other forms of travel at times such as bike. Medicine and military technology is advanced, with the latter being focused exclusively on projectiles.

On the 1st December 2417, a Borg ship entered the Hydrae system. The Aurigorreft Department of Space and Aviation (ADSA), detected the ship and ran their standard alien communication system (a scan to check if the ship matched the records of the Borg from Wolf 359, followed by a standard introduction of them as not a space-faring race and that they were open to cooperation if needed). This was ignored by the Borg ship which landed at Alosha and overthrew the Aurigorreft in a matter of hours. The planet was in disarray. Within days, the planet was conquered, the Thrres unable to evacuate on the arks. They had not even managed to fire the Invle Array; the array automatically fired after losing contact with ADSA control for more than three days. It was this signal that the USS Endeavour detected days later.

The Borg Emperor, Borg Invictus, took control of the planet and declared it the Borg Empire. Unable to control the full population of the planet if they were put under the Borg Collective, he opted to subjugate the planet using military control and slave labour, assimilating the leadership, purging the central planet, and ruling with an iron fist. Spoiler: Flag of the Borg EmpireShow In order to better manage the planet, each continent is divided into smaller sectors, and travel between continents is almost impossible. Borg Invictus controls the population through propaganda and fear, from the Borg base on the entire continent of Alosha, which had its entire population purged when the Borg landed. In response to the Empire, various resistance cells popped up. Though there is no united resistance movement, these cells have limited communication with each other to pass on urgent and essential data. Each continent has one large resistance cell (with the exception of Planrys which has two, and Alosha has none), though smaller ones do exist. They each have adopted their nation's independent flag as a banner to rally behind.

Following the Borg's destruction from the planet, the Thrres erupted in a Civil War, with each of the rebellious factions claiming that they should be the ones to rule.

Although largely a non-spiritual people, all Thrres follow a set of rules known as the Eith Edicts, derived from an ancient religious code. The philosopher Adjr and his disciples determined that although there are no universal truths, various moral aspects highlighted as either positive or negative by all known cultures must then be core values that should be maintained as the closest thing to an absolute moral ‘right.’

Big thanks to AnnCarise since this was all her work!
2 Likes