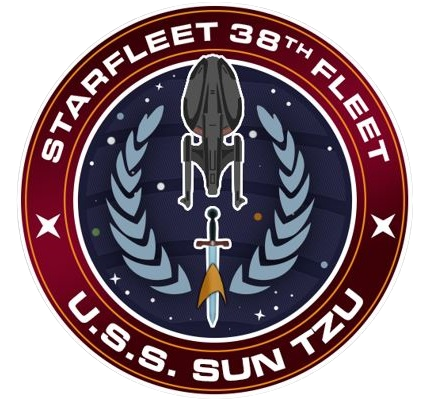 First off, belated congratulations on your promotion! We hardly get onto, or stick around DS13 much so I am so behind on gossip. Speaking of, I saw a notice about an Icebreaker event coming up for personnel hosted by the counseling department! That sounds like a great event, and id LOVE to go and meet new people, but I’m thinking about sending my captain instead.

Maikull is…a very reclusive individual, socially that is. Don’t get me wrong, he can delegate a trade agreement with Ferengi, broker a peace deal with Klingons, and wont bat an eye to picking up a phaser and rushing to the front lines if asked. But, outside of “work”, well… he’s far less exploratory.

He did have some childhood trauma which made making connections…difficult for him, and his upbringing wasn’t all the best nurturing of an environment. But I think what did it most was the years in Intel. Hopping from position to position made it difficult for us to form any real attachments when our work could put us on opposite sides of the quadrant at a moments notice.

The connections he does make are very powerful bonds (such as with our crew), but they are far and few, most all made through long standing work with one another. Outside of that, he is almost a different person; very stand-offish, apprehensive. We have tried to explore the station some and meet various officers…but poor man tried to strike up a coffee conversation by himself with Lt.Cmdr Valore, and lets just say that strike out didn’t do well with his confidence.

I think this event could do him well, something -outside- him being an officer, or something directly duty related. We have many more years ahead before we think of retirement, but when we do, I’m hoping that the line between Officer Barron, and Civilian Barron will become a little more blurred, if not dissolved altogether. I did discuss the event with him, and he has agreed to attend, but he doesn’t know I am reaching out to you. I just want to make sure someone is there to help keep an eye on him, help him along. Because I know this man, and know he will find a nice quiet corner to look busy in until things die down and he can safely take off.

And if there is anything I can do to help you out with anything you may need, don’t hesitate to ask! A Favor asked, is a Favor Owed!

Thank you for letting me know of the Captain’s probable attendance. I can assure you that the event will not allow for individual attendees to disappear into the woodwork. Participation will be necessary for everyone who comes.

We look forward to seeing him here.