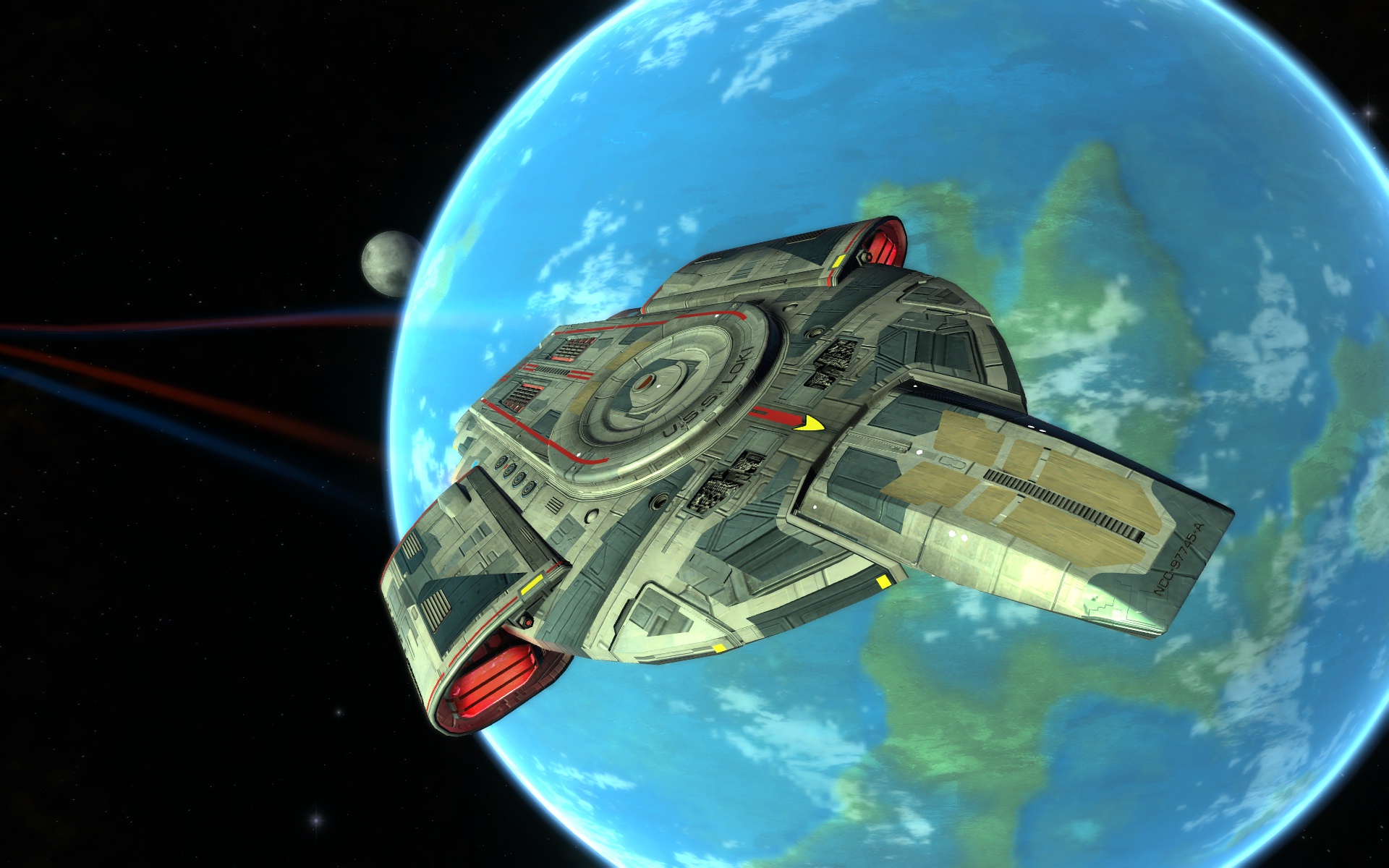 USS Loki in orbit over an M-Class Planet

Background Information
A Defiant-class starship is a heavily armored, limited-role Starfleet vessel developed at the Antares Fleet Yards in response to the Borg threat to the worlds of the Alpha and Beta Quadrants. The project was officially begun in 2366 by Starfleet's Advanced Starship Design Bureau (ASDB) under less then ideal conditions, as far as the accepted normal sequence of research, development, testing, and evaluation was concerned. Fortunately, a number of hardware innovations and design adaptations were already in the inventory and allowed for an acceptable level of reliability versus speed of systems integration and vehicle construction.

Defiant-class vessels are constructed of standard tritanium and duranium alloys and composites. The bridge has been submerged within a larger Deck 1 than was envisioned for the pathfinder vehicle, and the entire vessel has been shortened to four decks plus allowances for crawlways and cable trunks. The notched forward hull has been equipped with a detachable pod consisting of the vehicle's main sensor and navigational deflector, airlock module, and a last-resort matter-antimatter warhead. The warp nacelles have been brought inboard to a minimum safe distance for field EM, and all EPS weapon-power conduits have been truncated to provide a nearly zero lag time between activation signal and beam launch.

All protected internal systems that require access to the vessel exterior are equipped with articulated or jettisonable hull plates, so that most of the familiar structures are hidden from view, including shuttlebay doors, docking ports, lifeboats, impulse vents, and consumables resupply connectors. An integral set of ventral docking clamps and landing pads had been designed into Defiant for possible ditching operations as well as for recoverable planetary landings. No practical demonstration has been attempted, though simulations indicate that if the impulse and reaction control thrusters are fully operational, a successful liftoff to orbital velocity is likely.

Serve as the first-line of defense in military combat operations and lend support to larger Federation starships.

Take on the burden of border patrol and threat-response operations from other starship classes currently, and projected to be, in use.

Provide a mobile platform for testing and implementation of mission-specific or new technology, specifically in the areas of covert and tactical operations.

Serve as a platform capable of rapid deployment for special and covert operations deemed necessary by the Federation. 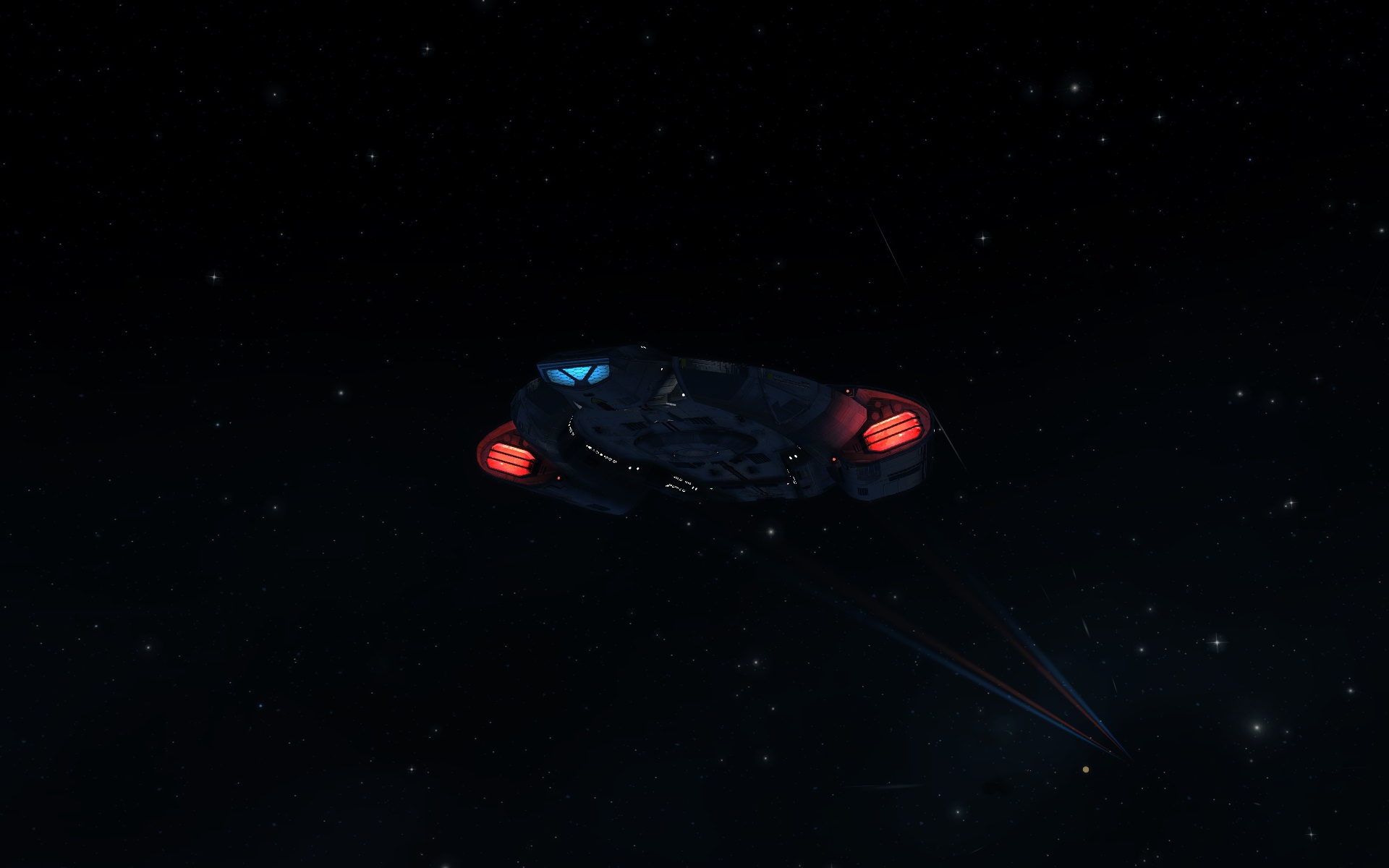 The Starship Loki on patrol.