MISSION Deliver medical aid to a colony with an unknown biological outbreak.

OUTCOMEVaccine developed and distributed successfully. Ship belonging to House Vaugsh made to retreat from planet.

BACKGROUND A briefing conducted on Deep Space 13 by CMDR Salene informed us that a colony on the Federation/Klingon border had requested assistance to combat a health crisis that had resulted in numerous deaths.

The Dokar System is in a prime trading location and thus received many ships from both the Federation and the former Klingon Empire.

CMDR Salene placed this officer in command, and alongside the U.S.S. Pegasus, the U.S.S. Endeavour made their way to the planet.

NARRATIVE Upon arrival, a K’Vort cruiser, belonging to House Vaugsh, was detected in orbit, but they did not react to our arrival. Contact was made with the planet and medical assistance was rendered.

As aid was being given, members of the crew were given tasks to investigate. ENS Sovum, alongside the U.S.S. Endeavour’s Chief of Intelligence, CMDR Dedoz, investigated the recent transports to the planet to determine what caused the illness in the first place. One such vessel was an unregistered freighter that arrived unannounced and beamed down suspicious cargo before departing five days ago, which coincided with the start of the outbreak. Intelligence managed to trace the ship back to House Sorval, though it is unknown if this is true or merely a ruse.

ENS Thyzee, displaying increasing initiative, was able to determine the virus was of Gorn origin, identical to the virus previously encountered in the Donatu Sector. This was an important contribution which led to the successful synthesis of a vaccine, which was undertaken by ENS Sovum alongside the U.S.S. Endeavour’s medical department. An important issue of note regarding the vaccine was that the original vaccine from the previous encounter did not work; indeed, the vaccine which had worked at one time, almost killed the patient, showing that the virus had been modified to cause further harm should the previous vaccine be used. This is a clear sign that the outbreak was not natural and had been engineered.

Whilst the vaccine was being developed, the K’Vort cruiser now moved towards us. This officer instructed CAPT Nimitz to intercept and delay the cruiser so that the vaccine could be completed. This bought some time, but not enough, and the K’Vort began to open fire, claiming that the system was under the control of House Vaugsh. Suspecting the K’Vort as being part of the initial cause of the outbreak, had we simply left after giving medical aid, the K’Vort would have completed the annexation of the system for House Vaugsh. Instead of simply opening fire, this officer attempted to come up with a solution that would delay the Klingon advance.

This officer instructed CAPT Nimitz to inform the K’Vort that it was necessary to carry out General Order 24, and both the U.S.S Pegasus and U.S.S. Endeavour locked on weapons on the planet. With the vaccine now ready, instead of firing phasers, the U.S.S. Pegasus instead fired the vaccine into the planet’s atmosphere. ENS Thyzee created both a sensor illusion and a telepathic illusion to convince the Klingons that we had indeed destroyed the planet. Due to this officer assisting the Ensign with the telepathic illusion, this officer was no longer fit for command and passed on command to CMDR Samaras.

CMDR Samaras reports that the illusion was somewhat of a success as the K’Vort withdrew, but there were no warp signatures to indicate the ship left. Leaving the U.S.S Pegasus to defend the system against any further attempts to attack, the U.S.S. Endeavour withdrew.

RECOMMENDATION The Dokar System is an independent colony, as stated by the colony itself. Therefore, we should not, and do not, accept the claim that the system belongs to House Vaugsh. Patrols should be adjusted to deliver suitable protection for the System, as there may be a House Vaugsh retribution.

An investigation should be undertaken to verify whether or not House Sorval were behind the spread of the modified virus, and investigate as a breach of the use of biological weapons, banned under the Geneva Protocol of 2155.
​
RECOGNITION All members of the crew performed exceptionally.

CAPT Nimitz’s management of the hostile forces allowed the vaccine to be developed and distributed without delay.

ENS Thyzee did not only create the illusions to cause the withdrawal of the Klingons, but her initiative and skills allowed for the acquisition of information that was crucial in developing a safe vaccine.

ENS Sovum performed above and beyond her level and was the driving force behind the safe creation of a vaccine.

In addition, both ENSs Sovum and Thyzee went above and beyond their roles, working closely with Intelligence to gain information that led to the success of this mission.

OOC This is the AAR for the event “It must be flu season”. Event logs available on request. Thanks to @Biska for GMing, it was great fun. 10/10 would take an event totally off the rails again. 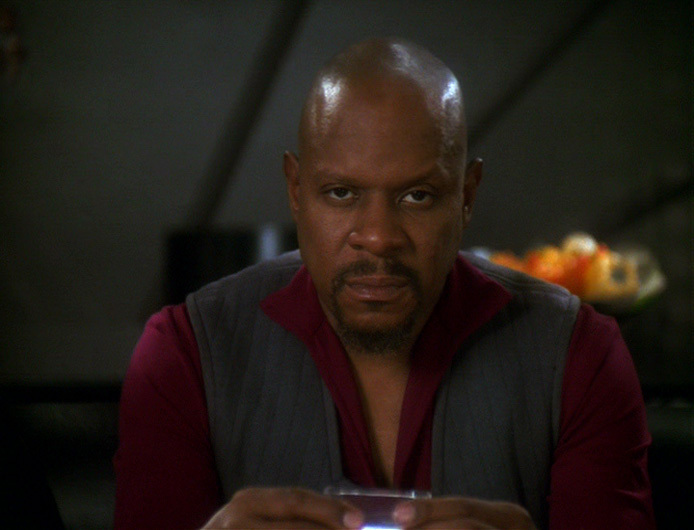