Subspace Network Mission Briefs (Events)
Katriel June 13, 2015, 12:00am #1
Type: Ground, GMed exploration/investigation
Scope: Anybody who's interested. Engineers have career edge.
Timeframe: Goes until solved or until cancelled
Requirements: Katriel is GM, must include her OOCly on proceedings

Assigned By: 38th Command
Description: On the trail of the U.S.S. Cotopaxi, Argo vessels discovered this derelict vessel a few lightyears outside of October-1a-7's gravity well, floating silently, no power, no lifesigns. The initial away team's investigations turned up mostly empty corridors, no evidence of traps or other hazardous things. The only crates remaining in the vessel's various corners were either empty or filled with alien structural art: sculptures, statuettes, heavy items with no practical purpose.

The vessel was left alone with a monitoring beacon, but was later towed to DS13's star system, to avoid it falling into predatory Borg claws.


Spoiler: The derelict, currently in orbit around the starbase system star. Looks roughly like thisShow 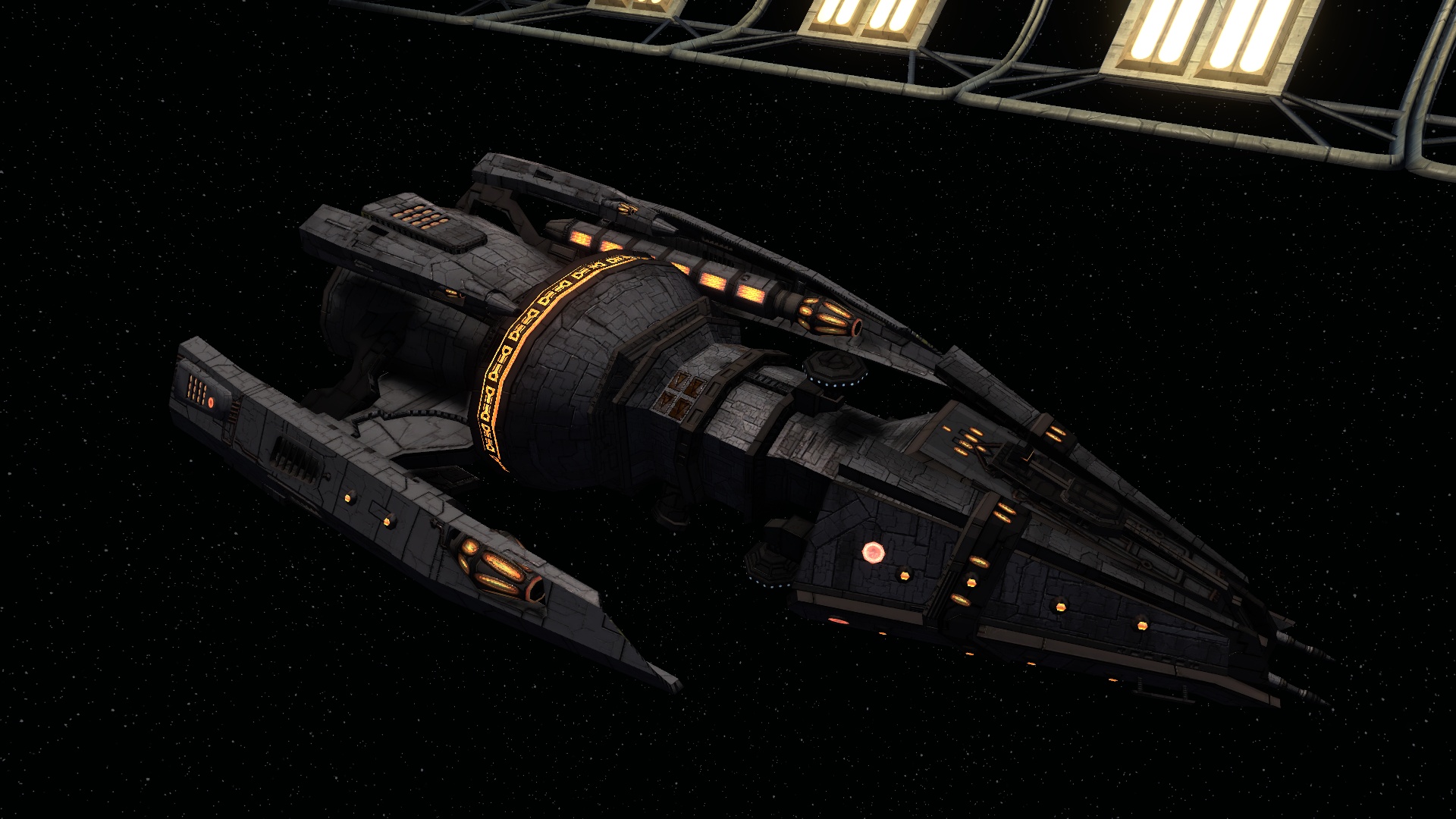 Some additional has been completed on the vessel: findings.
5 Likes
Katriel August 30, 2015, 12:00am #2
Assignment updated with a ... screenshot. Cause Dae put up a foundry map of the starbase system and put the ship there, so I'm like why not.
5 Likes