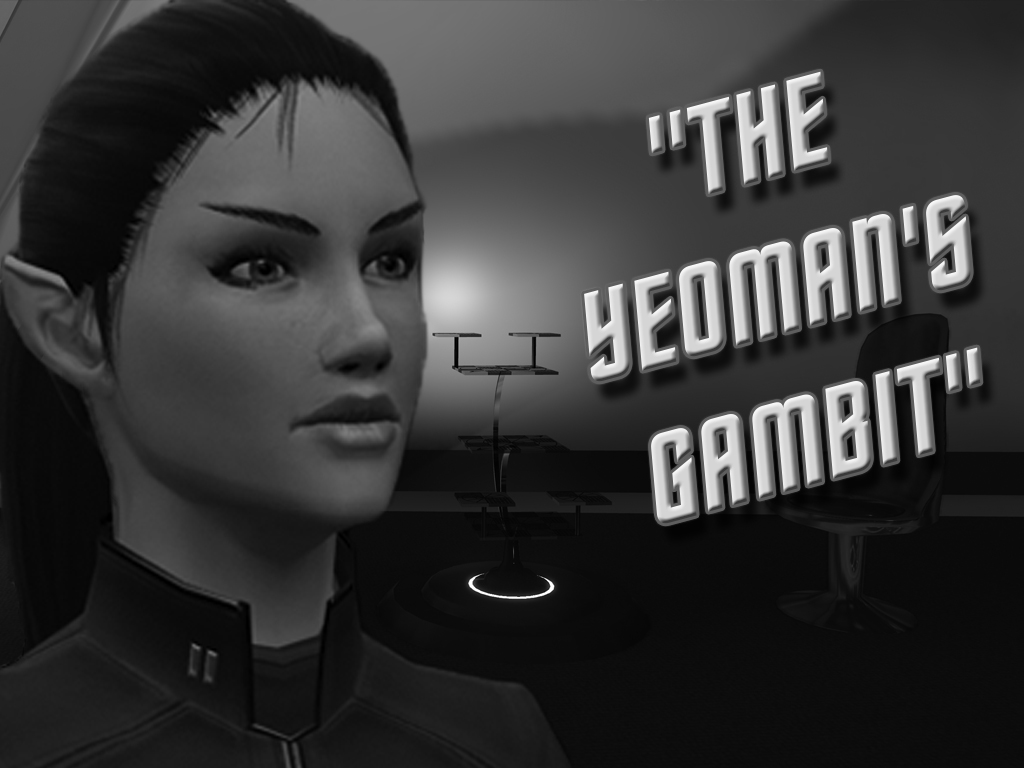 INITIAL REPORT
At BETA+0045 on the evening of 20th December 2419, Commander Samaras and Lieutenant Valore approached the bar at the Event Horizon Lounge. Both were reported to be visibly and audibly agitated about the appointment of the new Executive Officer of the 38th Fleet, believing that we are headed for inevitable war.

NEXT STEPS We must ascertain the exact cause of this alleged assault between Starfleet officers in particular the motive and determine whether the allegations constitute a breach of professionality and be referred to appropriate parties as necessary.


Please tackle these objectives as a priority, this report will be updated with any information as we get it.

OOC Just a little something to keep all the notes together for security characters involved in tracking down the cause of this attack. It is a wiki post, so all can edit to update their findings and the state of the case as they take it on. This event is GMed by @Valore

NATURE OF INCIDENT Assault
DESCRIPTION OF INCIDENT The Lieutenant was not injured in the incident.
According to the Lieutenant, “I can categorically state that nobody shoved in recent times.”

Valore: “If you are referring to my conversation with Commander Samaras, yes. Quite frankly, you should have just come out with it. We entered into a conversation in which we established considerable sympathy for each other, social networking that would mutually improve morale to know that we are more similar than we appear, despite our different backgrounds. The conversation ended in us establishing considerable understanding of each other.”
I explained to the Lieutenant I wished to approach the situation with a neutral state of emotion, to wish Lieutenant Valore reminded me she was Vulcan.

When asked about Captain Bishop’s appointment “I think that the appointment raises new challenges that the Office of the Admiralty must, and shall, rise to meet.”

I asked Lieutenant Valore if she had met Commander Samaras before the events of last evening, to wish she stated “Occasionally. I was, now and again, loaned out to the Endeavour for specific missions. We also infrequently saw each other on the station.”

NATURE OF INCIDENT Assault
DESCRIPTION OF INCIDENT According to the Commander, her physical contact with Lieutenant Valore was accidental, and she only learned about it during a more relaxed encounter at the same location a few days later.

“We were both at the ramp, and were surrounded by everyone else who had decided to insert themselves into this. That’s why we decided it wasn’t a good place to discuss this. I moved to leave, but given everyone’s close proximity, I must have stumbled into Sera as I walked past. I didn’t even notice it at the time, it was only when I met Sera later, she told me that I made contact with her.”

Commander Samaras indicated that her frustration was due to recent changes in the fleet’s command structure, and that she believed Lieutenant Valore shared those concerns. She denied blaming or holding the Lieutenant responsible: “I don’t think that, of all the people in the fleet, the lieutenant would have suggested Captain Bishop as a replacement.”

Commander Samaras acknowledged having consumed one glass of wine, but stated that it was synthehol and she was not inebriated.