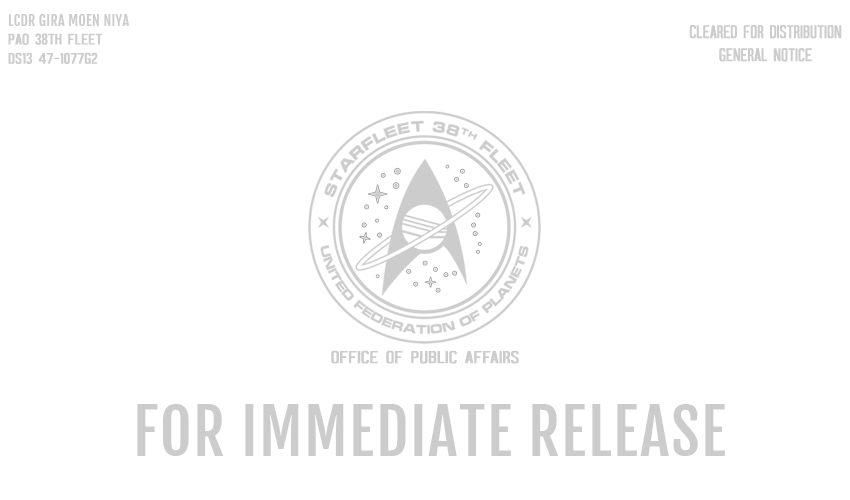 Activity from the Azedi Confederacy inspires response from the 38th Fleet.


The Confederacy of Azed has been externally quiet for some time now, although the 38th Fleet remained vigilant in case of difficulties and conflicts. Very recently, a new weapons test by the Azedi was performed in a system where Starfleet held a presence, as well as over New Circini. Federation ships and allied Republic ships were able to activate a prepared response, defending the systems affected and hopefully disrupting the test.

A short time later, the Confederacy delivered a message to the Republic and the Federation with new territorial claims. These expanding territorial demands have garnered serious attention from the 38th Fleet, increasing preparedness both on Deep Space 13 and in ship patrols.

Here is a list of systems that Starfleet is issuing a travel advisory for:

At this time, travel to and from Deep Space 13 is considered safe, and commercial traffic is welcome. Civilians are able to travel normally aboard the station, although there is a heightened security presence and more frequent security and tactical drills that may disrupt your stay on the Deep Space 13.

About the 38th Fleet: 38th Fleet ARGO is dedicated to being at the forefront of Starfleet’s exploration and scientific missions, with the addition of having forces on hand to commit to assuring the security of this part of Federation space. In addition, this fleet represents Starfleet as ambassadors to both new encounters and established interactions with other cultures. Personnel of the 38th Fleet exemplify decisive action, innovative thinking, and a culture of professionalism and integrity.

If you would like more information about this topic, please contact Lieutenant Commander Gira Moen Niya at the 38th Fleet’s Public Affairs Office on Deep Space 13.
6 Likes
Confederacy of Azed Datafile