On stardate 90277.5, officers from Task Force Argo were invited to participate in a scientific study of deep space object Sigma 593-B. Parties aboard both DS13's AG-21-8 facilities and the U.S.S. October utilized gravimetric lensing to attempt to bring Sigma 593-B into stereoscopic focus.

During the proceedings however, sensor interference led the groups to independently discover a rogue K-class star and solar system located approximately twelve light years above the galactic disc. Suspected to have been ejected from a neighboring galaxy some 60 to 80 million years ago, the K-class star is host to nine planetary bodies.

The star was given the unofficial designation of October-1a, but was later formally named the Pariah System through public voting.

During the early phases of colony establishment, a series of incidents related to Borg interference in travel route to the colony was a serious cause for concern. No motive was established for the Borg's activity in the area, nor for their periodically anomalous behavior, but their arrival was linked to the presence of a transwarp conduit. A joint effort between Task Forces Omega and Argo ensued to destroy the conduit, thus disconnecting the Borg's ability to arrive close to the system.

For a while there was no trace of Borg left in the system, until months later when a tiny colony of Borg was discovered on the ninth planet of the system (full report here). On stardate 91659.7, the Pariah Borg attempted an extraordinarily risky gambit in assaulting a Klingon science facility and stealing a small quantity of omega molecules for unknown purposes. The U.S.S. Providence, upon encountering the retreating Borg vessels housing omega, unknowingly fired upon the Borg vessels, resulting in an omega destabilization and the rupturing of subspace around the entire system.

After months of research and development, Argo officers innovated a new engine utilizing tech and resources inspired by long gone natives of the Pariah system, who utilized a Milky War foreign mineral to produce tachyon waves that could carry their starships to a maximum of warp 2.5 speeds. As a result, a ferry system was developed to allow the limited crossing of the omega-ruptured space, with 3-5 outfitted vessels dedicated to transporting goods and people, enabling transport through the system again. 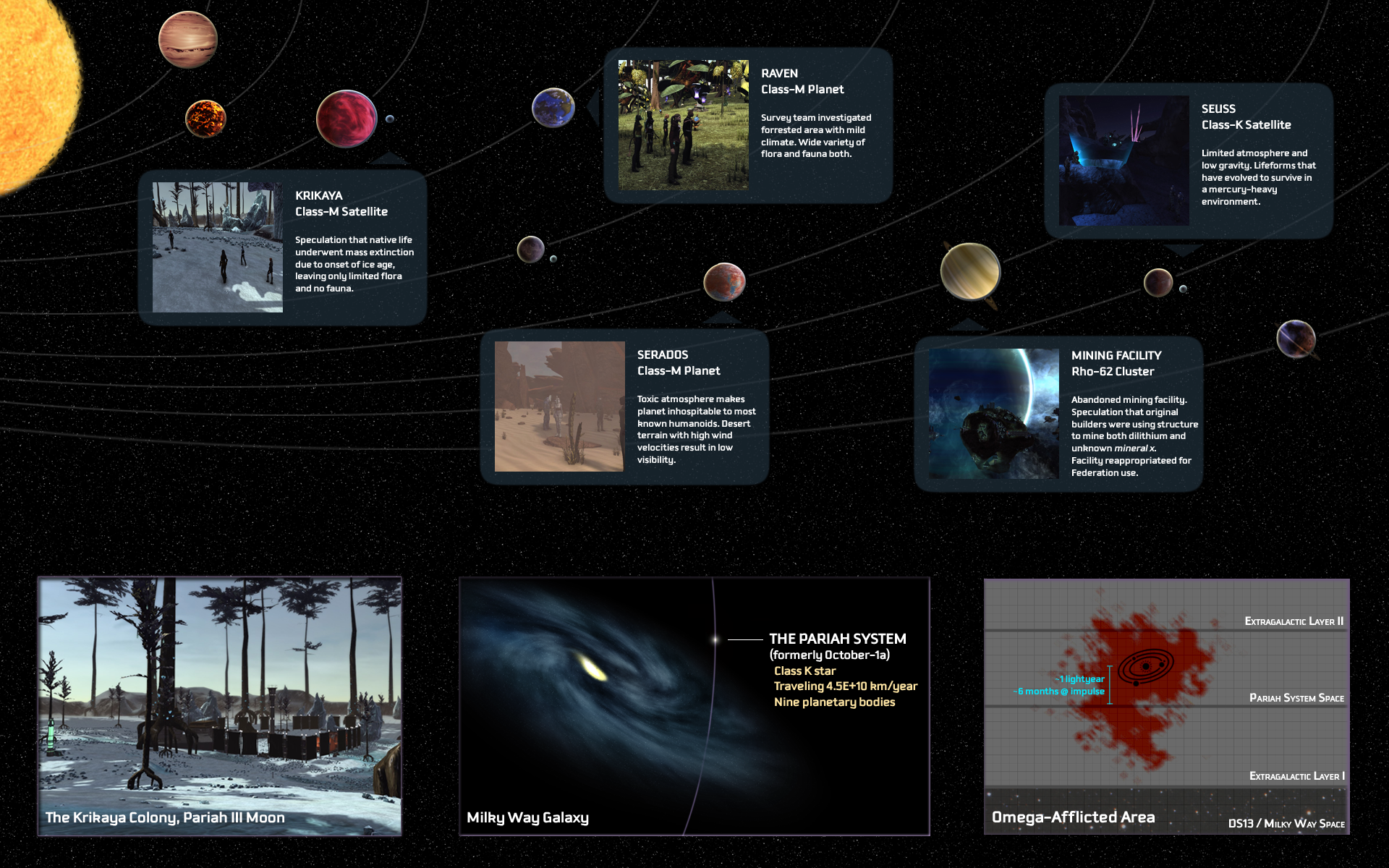